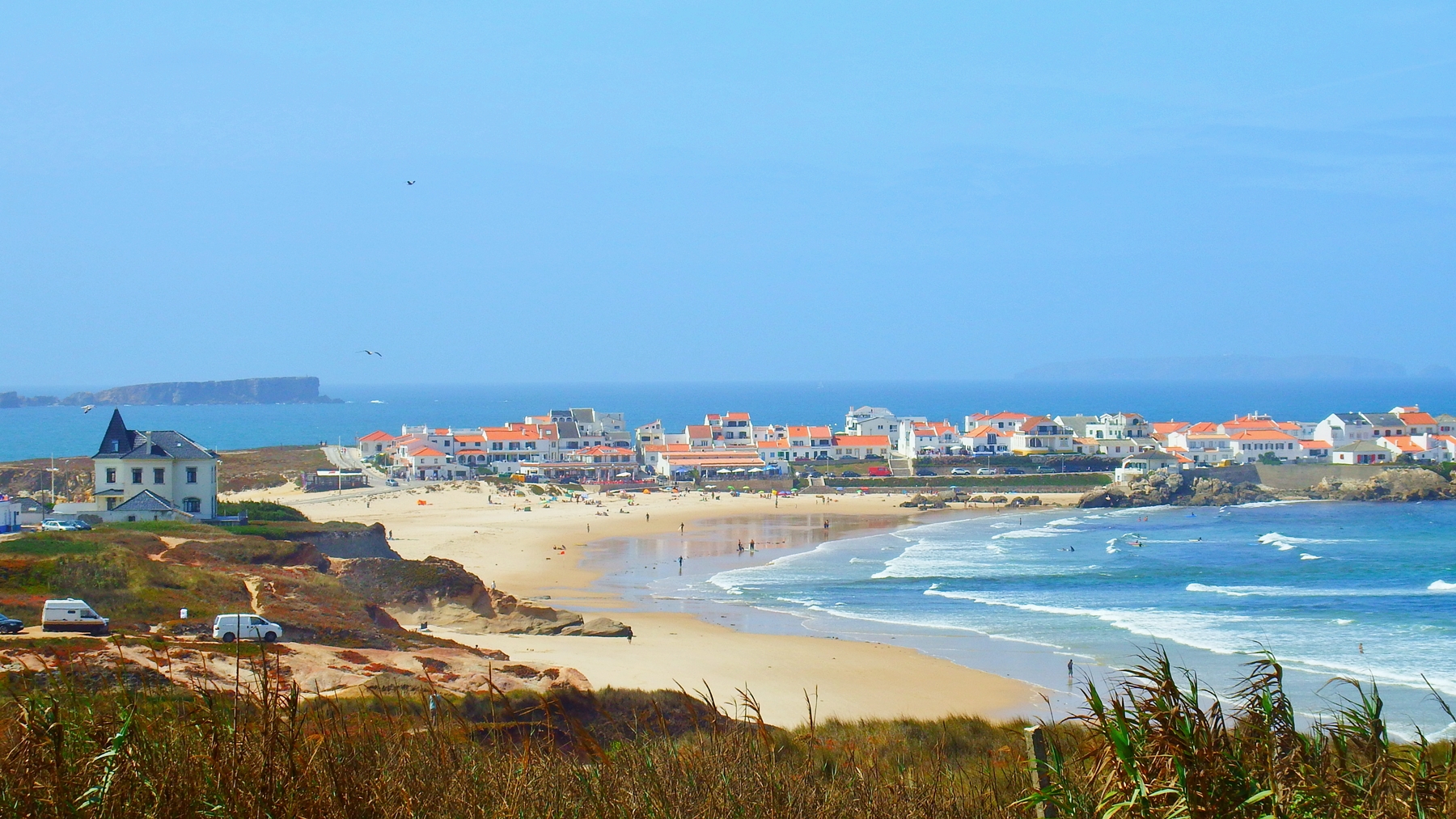 The elusive good weather in Peniche

I can still remember my first visit to the Capital da Onda in September 2010. We have spent some wonderful four weeks there, enjoying the fantastic weather, playing in the sun all day and sometimes even surfing without a wetsuit – only in boardshorts. I think I’ve never been so tanned in my life again, not even in the tropics!

I’ve been returning to Peniche each year since then, but never got so lucky anymore. Usually, we end up battling with onshore winds, heavy fog, and some very cold water. Add those 3-4 meter tide differences and ever-growing scores of surfing crowds and you are on a serious mission instead of peacefully enjoying perfect conditions each day.

While there is an undisputed wave quality in Peniche, let’s have a look at the infamous, yet not-so-bad local weather.

If you haven’t been there yet, know that the weather in Peniche is much colder compared to other parts of Portugal, or even nearby Lisbon. However, it is still very pleasant almost all year round. Rain or snow is a rarity and the temperature doesn’t drop too much at night. On a sunny day, it’s possible to walk outside just with a t-shirt & boardshorts on even in the winter.

It is the wind chill + fog + cold water combination that makes some of the days feel like the ice age is comming. And the last thing you want to do is put on a soaked wetsuit and paddle out.

The dominant wind in Peniche is Nortada. As its name says, it blows along the coast somewhere from the north Atlantic and brings the cold air. It can blow any time a year, but mostly it’s active in the summer. The advantage of Nortada is of course the constant wind swell that makes Peniche the most consistent place to surf in Europe. There are waves here even when all the beaches on the continent are flat.

In the autumn and into the winter, the wind starts to vary a little bit more and you can experience warm African south wind or even colder east wind coming from the Spanish inland plains.

Luckily, there are many different surf spots and beaches around so with every wind direction, there could be an offshore wave somewhere to be found. The north wind is good for Supertubos, east for the Bay, and south for Lagide & north coast.

If you want to plan your visit according to the time with less wind, it may be tricky. The summer is almost guaranteed to have Nortadas, and in the winter there are a lot of Atlantic storms passing by. But sometimes you may get lucky and enjoy a couple of days with no wind. Those are a blessing as you should be able to pick any spot you like, and the crowds are spread out.

Similar to California, Peniche has a lot of foggy mornings which usually tend to clear around mid-day. Sometimes it’s funny because it’s so dense that you can’t see the beach from the lineup and yet if you drive just couple kms inland, you could enjoy a warm sunny day.

It’s the combination of dry, hot land & cold ocean that creates the humidity. Peniche is a peninsula sticking out to the sea so any wind will bring turbulence causing the hot & cold air to mix and water to condensate.

The North Atlantic is cold, everyone knows that. Yet somehow many other places (like for example Hossegor) enjoy more pleasant water temperatures compared to Peniche where the water temperature is ranging from 15 to 20°C. It’s partly because the warm water on the surface is blown away by the wind and partly because the constantly moving waves bring colder water from the depths to the surface – a phenomenon called upwelling. It is stronger on steeper beaches and coastlines where the warm water layer is thin – like Supertubos in Peniche.

This should be reflected in your wetsuit choice. For many years, I’ve been surfing in Peniche with a 3/2mm wetsuit, but I think I’ve finally settled to use a 4/3 – the same I’ve used on my last trip to Norway, some 3000km north of Portugal. The boots, gloves, or even a cap would be handy in the winter. Unfortunately, it could mean losing some respect in the eyes of hardy locals, so keep them stoved unless absolutely necessary.

Rain is rare and the air temperature isn’t important in Peniche, as long as it’s not windy it will be pleasant. The coldest months are Jan & Feb, warmest is late summer expanding further into the autumn when the south wind brings warm air all the way from Sahara.

The swells come all year round, however in the summer they come mostly from the northwest Atlantic, so you may need to search waves in nearby Baleal. Supertubos only start to work in late summer/autumn with the more southern swell. The surf size may vary but as usual, in Europe, it’s big in the winter & small in the summer. Even in the winter, you get smaller days & bigger days.

Overall, the best time for surf in Peniche is autumn which is also why there is all the crowd around. The worst time is the windblown summer, especially on weekends when the locals spend their summer on the beach in thousands.

Despite its weather, most surfers love Peniche. And those occasional glimpses of perfection make them come back for more. You should check it out too!