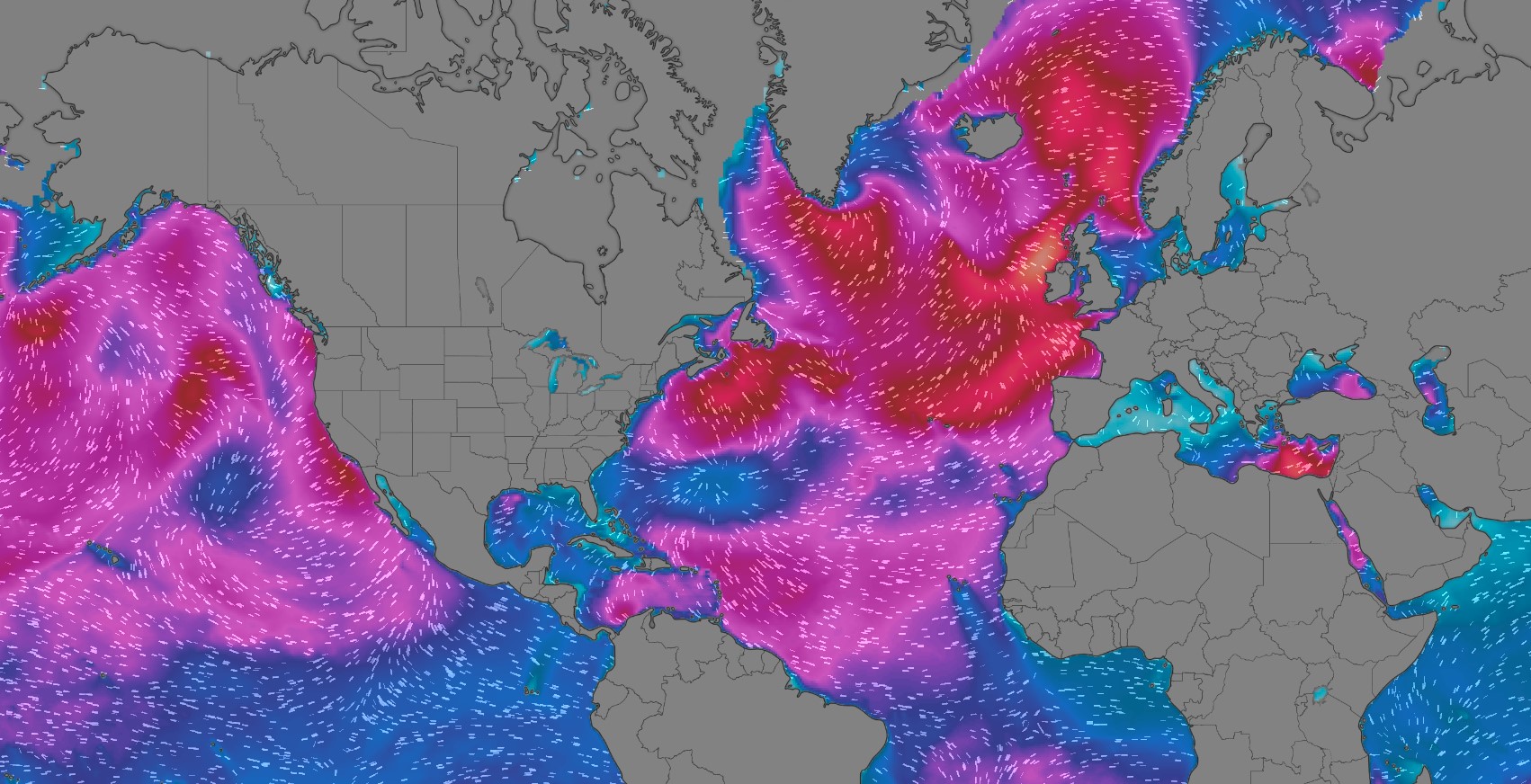 Surf forecast: how does it work and how to read it?

Home
Surf life
Surfing explained
Surf forecast: how does it work and how to read it?
Share

Have you ever listened to a conversation between a couple of surfers?

Chances are, they won’t be talking about how they ride the waves and tricks they do. Instead, you can hear them discussing some swell periods, low pressure systems, trade winds, spring tides and other strange scientific terms. The weather seems to be the most important topic among surfers. Why is it like that?

It’s simply because the sea is always changing. No two waves exactly the same. That’s both the greatest beauty of surfing, and its biggest problem.

But luckily, we now have various magic oracles on the internet. They can tell us when the waves are going to be good.

The trick is that the surf forecast is quite complicated & difficult to read. Also, just as any other forecast, it will never be 100% right. That leaves us surfers with plenty of space for debates & speculation.

If you don’t want to look like a kook surfer in those conversations, you’ll have to learn how to read the forecasts. Reading the following words may help. 😉

The origins of surf forecasting

In the ancient times, the Hawaiians and other Polynesians who invented surfing, relied on their local knowledge and experience. They’ve probably learned that in summer, the swells come from the south and in the winter the north coasts of their islands gets pounded by huge waves. For thousands of years, this was about it and nobody knew exactly how the waves are going to be on any given day.

The same approach was adopted by the new surfing-sport enthusiasts in the 20th century. You either live very close to the beach, or you may miss the best waves of your life.

This is why early surfing became a beach bums domain. Those guys often lived directly at the beach, so they could wake up in the morning and see what the ocean has for them.

Nobody knew exactly when & where it’s going to be pumping. So surf trips to foreign lands were a chance of luck. A luxury not many surfers could afford.

Until one man changed it. His name was Sean Collins.

Mr. Collins was a surfer who had a passion for the ocean and meteorology. He taught himself how to read various weather charts and compared the data with his observations of the surf. Over the time, he got quite good at predicting when & where to surf. So good, that his friends started to call him for advice. He started a call-in service providing weather reports on various surf breaks in Southern California. It is called Surfline.

Surfline eventually expanded into online world along with a bunch of other surf forecasting services that followed.

This enabled the transformation of surfers from a tribe of beach bums into a clever ocean scientist crowd.

Nowadays, surf forecasting has evolved from weather charts & beach observations into satellites & AI models. And we have apps installed in our smartphones instead of calling a surf line.

But one thing haven’t changed. The ocean is full of surprises. So the forecast, although mostly helpful, may be sometimes wrong or misleading.

Over the time, the forecast providers have learned to accept its flaws and instead of giving us the clear “it will be epic” or “rather stay at home” messages, which would lead to angry surfer mobs, they’ve learned to give us only nicely formatted data with some hints. And leave it to the surfers to interpret it.

Each aspiring surfer must now learn some science as well.

To be able to read the surf forecast, you’ll need to understand the 3 basic surfing elements and how they are measured.

The unbroken sets of waves travelling through the oceans are called swell.

Swell size is traditionally measured in feet, some sites allow conversion to meters.

Swell period is a wavelength of the swell, measured in seconds.

Swell direction is the angle from where the waves are coming towards the beach.

This is the local wind on the beach, not the one creating the waves on the open ocan.

Wind direction means from where is the local wind blowing.

The sea level is also a very important factor for surfing.

The forecast providers usually add some less imporant info about the local weather (sun, rain, air temperature) and their own computer-calculated rating for given conditions, usually represented by some stars.

Because most of the surfers know that these star ratings are heavily misleading, anyone following it blindly without reading the detailed data is considered a kook.

We always begin with searching the directory for the surf spot we want to check. First, you select the country, then the area, and at last the desired wave. If you don’t know which wave to check, start with the most famous or study a surf guide first. Registered users have the option to save their favorite spots to skip searching next time.

Then it takes a bit of practice to learn how to read it, but most of the surf forecasting websites & apps give us processed data in the following forms:

Detailed overview of the day

This usually includes an infographic of the current conditions along with a written or star rating. A webcam comes handy too.

Timeline chart for the week

More compact version for the upcoming days (or two weeks if you pay for premium). Usually includes a graph with projected swell heights.

We don’t need to read all of it every day. Usually, the maps give us a good overview on what’s going on in the area for the upcoming days or week. Then we just alternate between the timeline charts in the evenings and a detailed view of the day in the mornings.

The graphics vary from really easy to read to absolutely insane, but you’ll always find the days split into hours or other portions of the day. Then there should be all the info about swell size, direction & period, along with the wind and tide forecast, specified for each of those time frames.

The direction of the waves & wind are represented by little arrows. To understand those, you need to imagine a map with the selected surf spot in the middle (or check the attached map charts). Otherwise, it’s pretty straightforward – the bigger the numbers, the bigger the waves or stronger the wind will be.

But it’s up to us to decide if it means that it’s good or bad for our surfing plans.

Reading it takes a bit of practice & experience.

There are many websites for surfers. Sometimes the small local ones have the most accurate data. But those five can be used almost anywhere on the planet. Each of them is good in a different way. And each has some flaws. Feel free to explore them all and select what suits you best.

As you can see, surf forecasting is serious science, and you shouldn’t underestimate the importance of those endless debates among surfers about where the best waves are going to be. It may help you to surf more smart and maybe enjoy the wave of your life.